”Mikki” of Tucson, AZ, will tell you she got her nickname because she has big hands, big feet, and an even bigger mouth. She is too humble to admit that she also has the biggest heart.

At 76 years old and having been a licensed foster parent for 44 years, Mikki finally decided to retire from foster parenting. Mikki fostered over 200 children in her lifetime, some only needing her for a few days, and some needing years, but all were very special to her, and taught her many things along the way.

Mikki received her license on Dec 17, 1978, and took her first placement on Dec 28, 1978. Her long-standing history as a foster parent makes her among the very few in Arizona's history that have lived through many changes in child welfare. Mikki even outlasted all employees currently serving at DCS. The longest-tenured staff member at DCS has served 42 years. 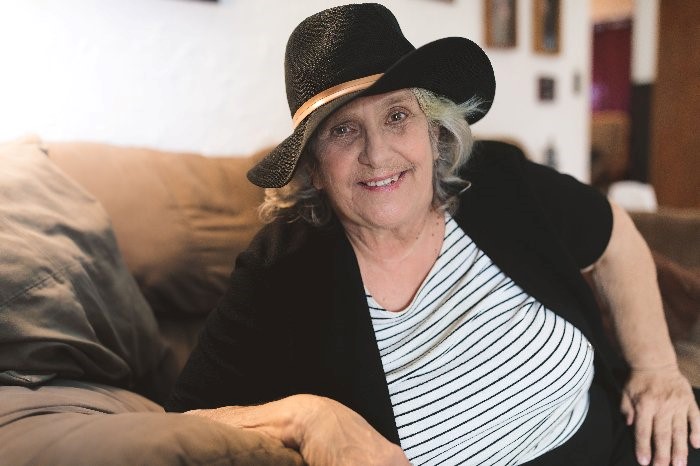 During her later years fostering, Mikki specialized in taking in teens who didn’t wish to be adopted and let them stay with her, even after they aged out. Some stayed with Mikki until they were as old as 26. Some came back temporarily when they fell on hard times, and Mikki did not hesitate to help. Mikki would teach her teens how to use the bus or drive them to work. She stressed the importance of learning how to cook. Mikki collected hundreds of cookbooks for the youth to practice culinary arts. She helped the kids who most decided were beyond hope. They had suicide attempts, caused property damage, had physical outbursts, one even attacked her, yet she still believed in these youth.

Along the way, one youth asked Mikki adopt her. So she did. Her adopted daughter is now 17.

Mikki surrounded by her family and representatives from DCS, the Governor's office, #LoveUp Foundation and her licensing agency. 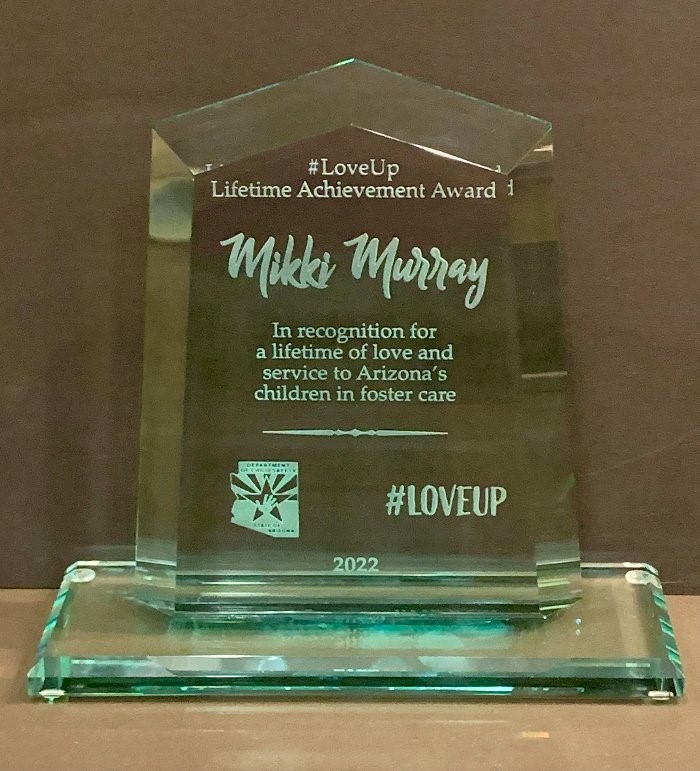 Mikki's special day was held at Flora's Market Run, where Mikki and her invited guests were treated to a delicious luncheon. In addition to a beautiful glass award, she was presented with a Governor's Commendation from Maria Fuentes, Director of the Governor's Office of Youth, Faith, and Family.


But it didn't end there. Justin Neuman of Fry's Supermarkets also presented Mikki with a $500 gift certificate to thank her for her years of service to Arizona's children. 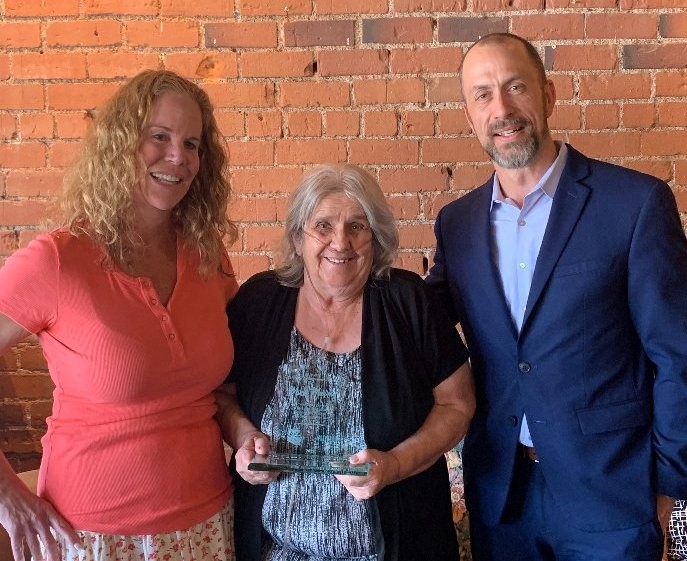 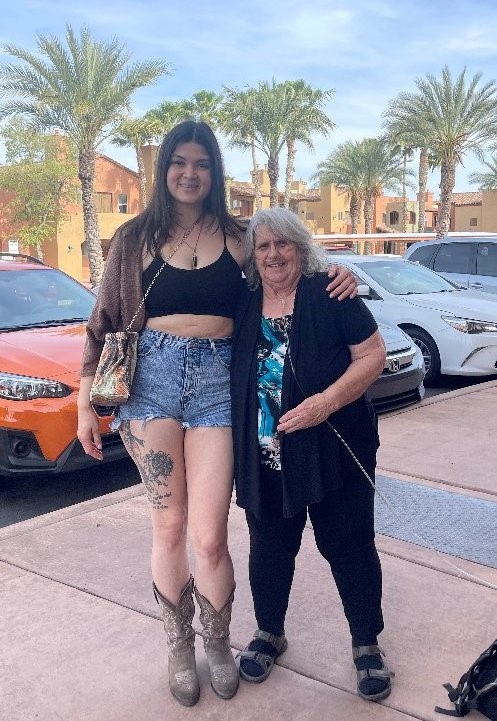 Mikki stays in touch with many youth she has fostered. Here she is with "Audi" who recently stopped by to visit from California.

Mikki had some sage advice for new foster parents. "Tell the kids they are safe. It may seem trivial, but they won't believe you because that hasn't been their experience. Keep telling them they are safe, and provide a safe and loving environment. Eventually they will come around and you will begin to see them thrive. Also, you will learn more from them than they will ever learn from you. Fostering is an emotional roller-coaster, but the ride is well worth it!"

There is always a need for foster parents. If you are interested in learning more about becoming a foster parent, visit AZDCS.gov/foster.