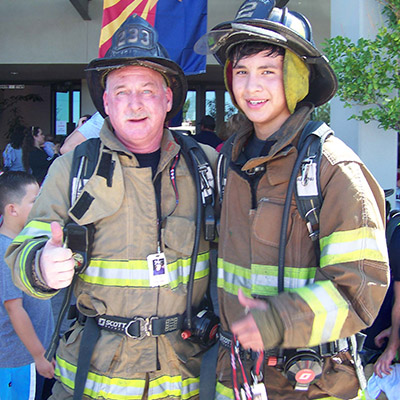 Anyone who has met Kelley and John McGinn would say they are a truly special couple. They have been foster parents in Arizona for the past 17 years. They have had over 40 foster children pass through their home, including several sibling groups. They have helped shape them and help them learn. The McGinns have been steady support to kids of all ages as they find their way through life. One of these kids is Leon.

Leon entered the foster system in Arizona when he was just three years old. He bounced around from home to home and was searching for a place to land. Finally, he made it to the home of Kelley and John McGinn when  he was in the 6th grade. Kelley had always wanted to help children and fostering and adoption was an extension of that goal. They decided to foster Leon and here, he finally began to feel like he belonged.

Leon came to the McGinn family on Christmas Eve in 2011, because of this they’ve always called him their Christmas present. When Leon entered their home he was understandably very nervous and unsure about being in a place with new people. Luckily, the McGinn family had something that Leon connected with instantly. Kelley’s husband John is a firefighter and Leon had wanted to be a firefighter his entire life. This connection instantly put Leon at ease and set him on a path for the future before he even knew it.

Leon had been through many homes by this point and had never seemed to bond with the people who were caring for him. Kelley spent much of her time with Leon because they were at school together while she was working. This sense of companionship and unwavering support for Leon helped him turn a page and begin to open up to Kelley. The school spent time tutoring Leon. They took the time to get him up to speed and make sure he was on track with the other kids. Leon was succeeding and finally beginning to feel like he belonged to a family. 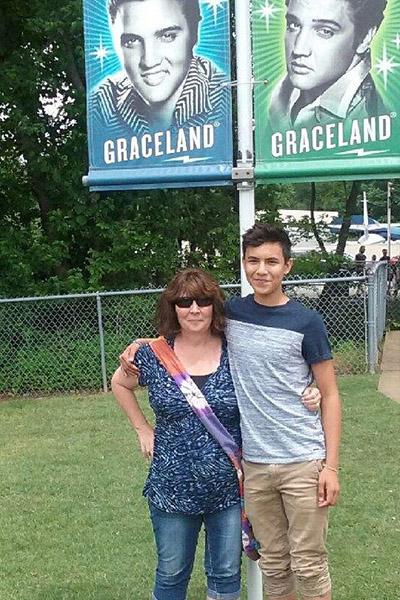 Then, there was talk about changing Leon’s case plan. His rights had been severed by his biological mom and he needed a permanent place to call home. Leon was intent on staying with Kelley and John. So intent in fact that he requested to stay in foster care so he didn’t have to leave their home.

Kelley and John knew it was time to approach the subject of adoption. “Leon was overwhelmed when we decided to adopt him. Kids want permanency, they want a normal life, they want to know they have a place to stay,” said Kelley. The DCS worker assigned to Leon’s case was supportive and knowledgeable and helped Kelley and John through the entire adoption process. Once the adoption was finalized, Leon couldn’t wait to be a McGinn, he took the family name and truly felt like a member of the family. Finally, he belonged, he was home.

As Kelley puts it, “The impact you can have on these kids is immense. Leon is able to look at what his life might have been like and see the blessing that came from adoption. Leon is an example of the system working.”

These days, Leon is doing well. He is following in his adoptive father’s footsteps and is part of the JTED (Joint Technical Education District) program at his school which allows him to spend part of his learning time training to become a firefighter. He is thrilled to be working towards something that has been his dream from the start. “Leon has persevered and that drive has helped him overcome his circumstances.. Throughout his journey, he has stayed true to himself.  He is a helpful and caring young man and now he is living his dream,” says Kelley.

Adoption gave Leon the safety and stability to grow into the person he is now. His adoptive parents Kelley and John along with his new siblings feel they simply helped along the way. If they could say anything to those thinking about adoption it would be this, “Have compassion and empathy – step back and appreciate the world. These kids change you for the better if you let them.”