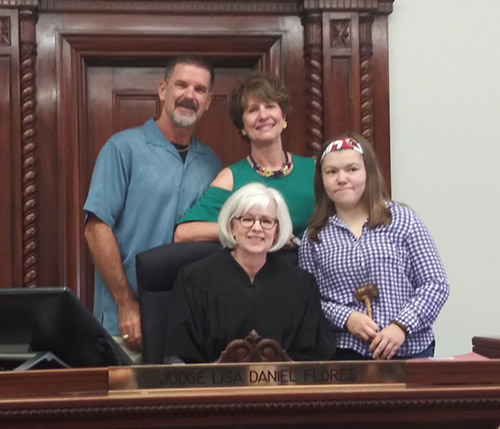 If you ask Kenda vonHamm what is important to her, she’ll tell you that she loves providing a place for teens to stop before they head out into the world as adults. “What if we made a difference? What if these 3-4 years were enough to positively impact the road that they are taking forward? Foster kids are going to grow up, become adults and go out into the world whether we do something or not. Even if we haven’t helped them finish growing up, they’ll still be out there in the world, trying to figure out life on their own,” says Kenda.

Kenda first experienced a strong connection to teens when volunteering as a mentor for Aid to Adoption of Special Kids (AASK). During this time, she met her first two adoptive daughters Alexis (16) and Selena (11). Kenda and her husband Daryl still lived behind a high school even though their two children were grown and left home. They felt that it was the right time for them to bring these two sisters into their home when it became obvious that reunification was no longer an option for the girls and their birth mom.

In 2018, with their adoption and foster licenses closed and that chapter of their story behind them, Kenda sat down to read the local newspaper one morning over breakfast. After reading the story of a girl she felt like she already knew, Andrea, she passed the newspaper to her husband, who quickly skimmed the description of a teen girl looking for her forever family. “She sounds like she’s already part of our family,” he said after reading about a young lady who loved the Cardinals and Mexican food. Kenda agreed but wanted to make sure their daughter, the last one living at home, felt comfortable. When Selena, now a senior in high school, came downstairs, Kenda handed her the newspaper and let her read about the girl she already felt was supposed to join the family. Selena simply replied, “We’re going to adopt her, aren’t we?” 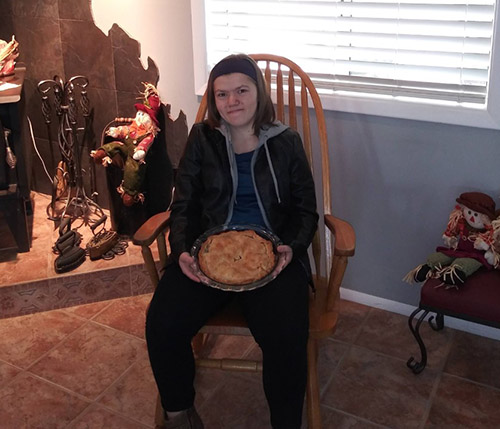 That afternoon, Kenda sent an email to the DCS caseworker assigned to this particular case. She outlined her background, her work as a mentor and a Court Appointed Special Advocate (CASA), their history of adoption and strong interest in Andrea. Kenda and Selena met Andrea on June 30, and by September 1, she was living in their home. Their connection continued to build and Andrea felt like she was the perfect next piece to the puzzle of their family.  Andrea (16) was officially adopted in June of this year. The foster family she had been staying with stayed in touch and have become the unofficial “aunt and uncle” which provided a nice support system from her old life to this next chapter.

Why teens? For Kenda it’s simple – she and her husband are action-oriented.  They enjoy sharing large and small life experiences with teens who are learning to build their own life. Sure, teens come with “baggage” and memories, birth families, connections and prior experiences, but Kenda sees herself and Daryl as an extra set of adults offering to help these teens think about the choices that will give them the best outcome moving forward. “There are so many ways to do life – we just want teenagers who have been caught up in the foster care system to have a chance at actually shaping their future.”

“These teens have been through so much, they deserve a chance to catch their breath and just be kids. You [adoptive parents] become a rest stop for them to gather their thoughts and get the support and encouragement they need to take on the world,” says Kenda. She and Daryl believe that they can honor the past of their adoptive children while helping them focus on the future.